What is Radio Astronomy?

Astronomers around the world use radio telescopes to observe the naturally occurring radiowaves that come from stars, planets, galaxies, clouds of dust, and molecules of gas. Most of us are familiar with visible-light astronomy and what it reveals about these objects. Visible ” light — also known as optical light — is what we see with our eyes, however, visible lightVisible LightThe wavelengths of electromagnetic radiation that are visible to the naked eye. doesn’t tell the whole story about an object. To get a complete understanding of a distant quasarQuasarAn apparently small (at least to observers on Earth) yet immensely powerful cosmic object. Some quasars (quasi-stellar objects, or QSOs) are strong radio sources. Radio-emitting quasars were the first to be discovered. These are some of the most distant objects in the Universe, and are believed to be fueled by supermassive black holes residing in ancient galaxies. or a planet, for example, astronomers study it in as many wavelengths as possible, including the radio range. 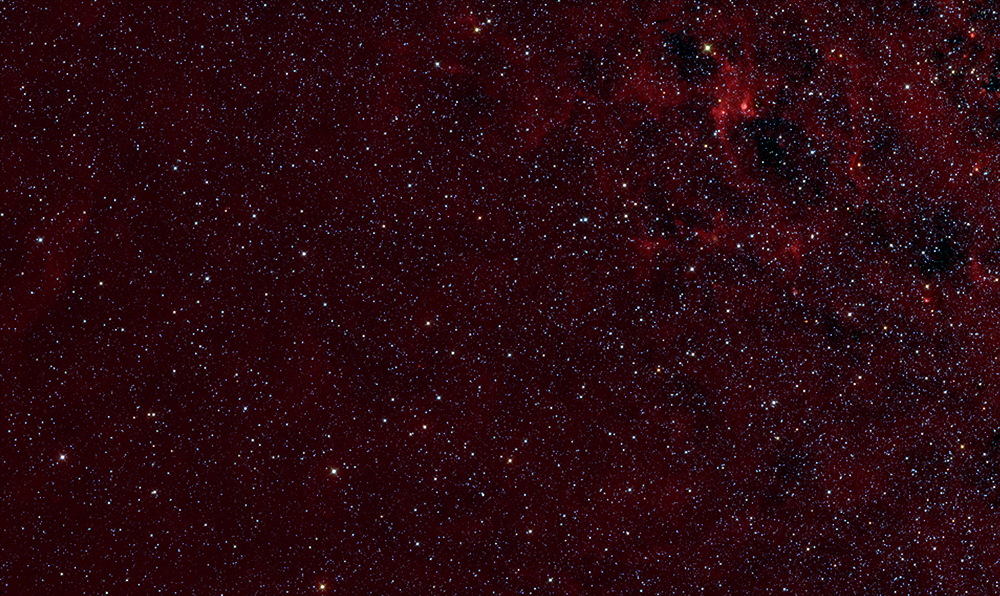 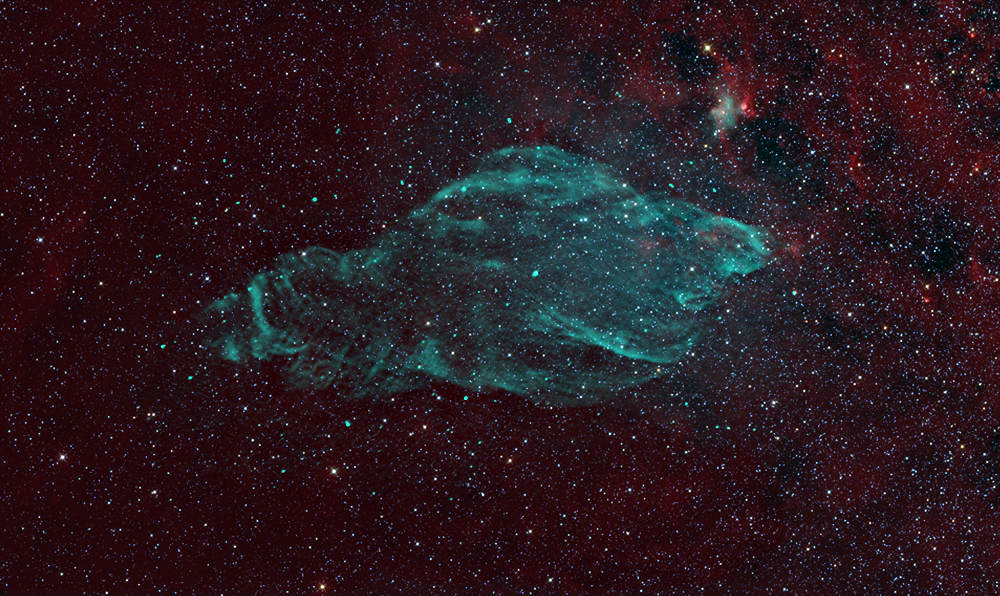 There’s a hidden universe out there, radiating at wavelengths and frequencies we can’t see with our eyes. Each object in the cosmos gives off unique patterns of radio emissions that allow astronomers to get the whole picture of a distant object. Radio astronomers study emissions from gas giant planets, blasts from the hearts of galaxies, or even precisely ticking signals from a dying star.

Today, radio astronomy is a major branch of astronomy and reveals otherwise-hidden characteristics of everything in the universe.

What ARE Radio Waves?

Our eyes are built to see the cosmos in visible light. However, objects in the universe radiate many other types of light, across what’s called the “electromagnetic spectrum”. Light travels through space in waves, like ripples in a pond. Each ripple has a peak and a trough, which is called a cycle. An object emitting radio waves gives off many cycles in a very short period of time. During each cycle, the wave moves a short distance, which is called its wavelength.

Radio Frequencies and Astronomy by the Numbers

For radio waves of all kinds, the number of cycles per second is called a frequencyFrequencyA measure of wave vibrations per unit time. Typically measured in hertz, or cycles per second. In radio astronomy, high frequency corresponds to shorter wavelengths, like submillimeter waves detected by ALMA. Lower frequency refer to longer waves, like centimeter waves detected by the VLA. . One cycle per second is called one hertzHertzA unit of measurement of a wave's frequency. Hertz are measured by the number of oscillations that occur per second. 1 Hertz (Hz) = 1 cycle or oscillation/second.. A thousand cycles per second is a kilohertz; a gigahertz is a billion cycles per second. Radio astronomers are most interested in objects that emit in the frequency range between 3 kilohertz and about 900 gigahertz. It’s easier to think of these in terms of wavelengths, however, which range from a very large 100-kilometer radio wave to those less than a millimeter in length.

The radio portion of the electromagnetic spectrum can come from energetic objects and processes in the universe as well as cold, dark objects that emit no visible light. Because different wavelengths are given off by different objects, radio astronomers use a variety of methods and instruments to detect them. One type of instrument is a large antenna that looks similar to a satellite TV dish. It’s called a radio telescope. While single-dish radio telescopes are essential, NRAO’s telescopes consist of many dishes linked together in giant arrays to gather detailed radio images of distant objects.

Since humans are a visual species, seeing or “imaging” is an important part of all astronomy, regardless of the type of light being studied. While radio telescopes don’t take pictures in the same way that visible-light telescopes do, the radio signals they detect are converted into data that can be used to make images. Radio astronomy data streams are brought together and processed in a supercomputer. The output can be turned into images that are colored in different ways to show characteristics of the object such as its temperature, “clumpiness”, or the strength of radio emissions from different regions. The resulting images let scientists and the public see the otherwise invisible radio objects. 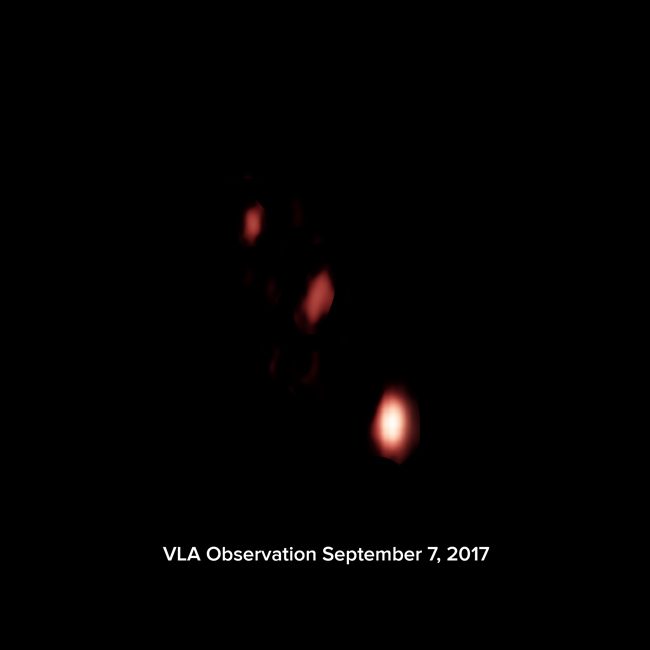 VLA image of the radio emissions coming from the location where two neutron stars collided and generated gravitational waves. The emission from the collision site is the middle object in this image.
Animation of the merger of two neutron stars. As the two bodies draw closer together, they circle each other hundreds of times each second until they eventually collide, producing a tremendous explosion and an expanding shell of debris.
Share this...

Linkedin
Next:
The Basics
The Technology of Radio Astronomy